A History of Google Algorithm Updates

This is some Dummy text. 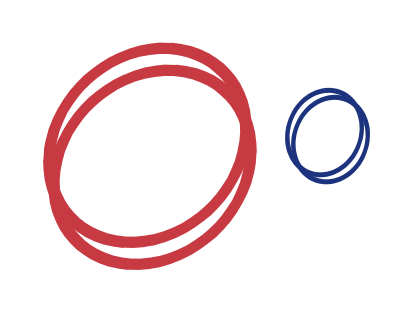 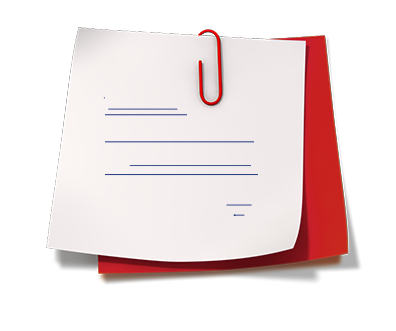 Almost every month, Google introduces modifications to its ranking algorithm. Some are tiny tweaks; while other changes shake up the SERPs.

For search marketers, knowing the dates of these Google updates can help explain differences in rankings and organic website traffic and ultimately improve search engine optimization. Below, we’ve listed the significant algorithmic changes that have had the biggest impact on search.

Florida  —  November 1, 2003
This was the update that put updates (and probably the SEO industry) on themap. It put a crackdown on keyword stuffing and other black-hat techniques
2004
2004
Brandy—  February 1
A variety of changes, including a massive index expansion, Latent Semantic Indexing, increased attention to anchor text relevance, and the concept of link "neighborhoods."‍
2005
2005
Nofollow —  January 1
To combat spam and control outbound link quality,Google, Yahoo, and Microsoft collectively introduce the "nofollow"attribute.

Bourbon  — May 1
Changes in how duplicate content and non-canonical(www vs. non-www) URLs were treated.

Jagger —  October 1
It targeted at low-quality links, including reciprocal links, link farms, and paid links. Jagger rolled out in at least 3 stages.

Google Local/Maps  —  October 1
Google merged its Maps data into the LBC, in a move that would eventually drive a number of changes in local SEO.

Big Daddy  — December 1
It was an infrastructure update that changed the way Google handled URL canonicalization, redirects(301/302) and other technical issues.
2007
2007
Universal Search  —  May 1
Integrated traditional search results with News, Video, Images, Local, and other verticals, dramatically changing their format.
2008
2008
‍Dewey  —  April 1
An unspecified update pushing its own internal properties, including Google Books, but the evidence of that was limited.

Real-time Search  —  December 1
Real-time search was for real- Twitter feeds, Google News, newly indexed content, and a number of other sources were integrated into a real-time feed.
2010
2010
‍Google Places  —  April 1
Google Places re-branded the Local Business Center, integrated Places pages more closely with local search results, and added a number of features.
‍
May Day  —  May 1
Matt Cutts confirmed that May Day was an algorithm change impacting the long-tail. Sites with large-scale thin content seemed to be hit especially hard.

Caffeine (Rollout)  —  June 1
It not only boosted Google's raw speed, but integrated crawling and indexation much more tightly, resulting in 50% fresher index.

Negative Reviews  —  December 1
Google made a rare move and reactively adjusted the algorithm to target sites using negative reviews.
2011
2011
Attribution Update  —  January 28
‍It rolled out an update to help better sort out content attribution and stop scrapers. According to Matt Cutts, this affected about 2% of queries.

Panda/Farmer  —  February 23
Panda seemed to crack down on thin content, content farms, sites with high ad-to-content ratios, and a number of other quality issues.

The +1 Button  —  March 30
Google launched the +1 button. Clicking [+1] allowed users to influence search results within their social circle, across both organic and paid results.

Panda 2.0 (#2)  —  April 11
Google rolled out the Panda update to all English queries worldwide. New signals were also integrated, including data about sites users blocked via the SERPs directly or the Chrome browser.

Schema.org  —  June 2
Google, Yahoo and Microsoft jointly announced support for a consolidated approach to structured data. They also created a number of new "schemas", to move toward even richer search results.

Google+  —  June 28
Google launched a serious attack on Facebook with Google+. Google+ revolved around circles for sharing content, and was tightly integrated into products like Gmail.

Panda 2.4 (#6)  —  August 12
Rolled out for both for English-language queries globally and non-English queries except for Chinese, Japanese, and Korean.

Expanded Sitelinks  —  August 16
After experimenting for a while, Google officially rolled out expanded site-links, most often for brand queries.

516 Algo Updates  —  September 21
This wasn't an update, but it was an amazing revelation. Google CEO Eric Schmidt told Congress that Google made 516 updates in 2010. The real shocker? They tested over 13,000 updates.

Query Encryption  —  October 18
Google announced they would be encrypting search queries, for privacy reasons. Freshness Update  —  November 3
Google announced that an algorithm change rewarding freshness would impact up to 35% of queries.

Ads Above The Fold  —  January 19
Google updated their page layout algorithms to devalue sites with too much ad-space above the "fold".

February 17-Pack  —  February 3
Rolled out 17 updates, many related to speed, freshness, and spell-checking and integration of Panda into the main search index.

Parked Domain Bug  —  April 16
After a number of webmasters reported ranking shuffles, Google confirmed that a data error had caused some domains to be mistakenly treated as parked domains.

Penguin  —  April 24
Penguin adjusted a number of spam factors, including keyword stuffing, and impacted an estimated 3.1% of English queries.

April 52-Pack  —  May 4
Google published details of 52 updates in April, including changes that were tied to the "Penguin" update. Other highlights included a 15% larger "base" index, improved pagination handling, and a number of updates to sitelinks.

Link Warnings  —  July 19
In a repeat of March/April, Google sent out a large number of unnatural link warnings via Google Webmaster Tools.

Exact-Match Domain (EMD) Update  —  September 27
Google announced a change in the way it was handling exact-match domains (EMDs). This led to large-scale devaluation, reducing the presence of EMDs in the MozCast data set by over 10%.

August/September 65-Pack  —  October 4
The 65 updates included 7-result SERPs, Knowledge Graph expansion, updates to how "page quality" is calculated, and changes to how local results are determined.

Page Layout #2  —  October 9
Google announced an update to its original page layout algorithm change back in January, which targeted pages with too many ads above the fold.

Knowledge Graph Expansion  —  December 4
Google added Knowledge Graph functionality to non-English queries, including Spanish, French, German, Portuguese, Japanese, Russian, and Italian.
2013
2013
Domain Crowding  —  May 21
Google released an update to control domain crowding/diversity deep in the SERPs (pages 2+).
‍
Penguin 2.0 (#4)  —  May 22
The exact nature of the changes were unclear, but some evidence suggested that Penguin 2.0 was more finely targeted to the page level.

Panda Recovery  —  July 18
Google confirmed a Panda update, but it was unclear whether this was one of the 10-day rolling updates or something new. The implication was that this was algorithmic and may have "softened" some previous Panda penalties.

Hummingbird  —  August 20
Hummingbird has been compared to Caffeine, and seems to be a core algorithm update that may power changes to semantic search and the Knowledge Graph for months to come.
2014
2014
‍Page Layout #3  —  February 6
Google "refreshed" their page layout algorithm, also known as "top heavy". The page layout algorithm penalizes sites with too many ads above the fold.
‍
Payday Loan 2.0  —  May 16
Just prior to Panda 4.0, Google updated it's "payday loan" algorithm, which targets especially spammy queries.

Authorship Photo Drop  —  June 28
Google dropped all authorship photos from SERPs (after heavily promoting authorship as a connection to Google+).

Pigeon  —  July 24
It altered some local results and modified how they handle and interpret location cues. It created closer ties between the local algorithm and core algorithm(s).

HTTPS/SSL Update  —  August 6
Google announced that they would be giving preference to secure sites, and that adding encryption would provide a "light weight" rankings boost.

Authorship Removed  —  August 28
Google announced that they would be completely removing authorship markup and would no longer process it.

"In The News" Box  —  October 1
Google made change to News-box results, and expanded news links to a much larger set of potential sites. The presence of news results in SERPs also spiked.

Pirate 2.0  —  October 21
Launched this update to combat software and digital media piracy. This update was highly targeted, causing dramatic drops in ranking to a relatively small group of sites.

RankBrain*  —  October 26
Machine learning had been a part of the algorithm for months, contributing to the 3rd most influential ranking factor.
2016
2016
AdWords Shake-up  —  February 23
Google remove right-column ads entirely and rolled out 4-ad top blocks on
many commercial searches.

Chrome Security Warnings (Forms)  —  October 17
Google started warning visitors to sites with unsecured forms. While not an algorithm update, this was an important step in Google's push toward HTTPS and may have a material impact on site traffic.

Snippet Length Increase  —  November 30
After testing longer search snippets for over two years, Google increased them across a large number of results. This led us to adopt a new Meta Description limit -- up to 300 characters from the previous 155 (almost doubling).
2018
2018
"Brackets" Core Update  —  March 8
Google confirmed a "core" update on March 7th. This may have been multiple updates or one prolonged, rolling update. The "Brackets" name was coined by Glenn Gabe

Mobile-First Index Roll-out  —  March 26
Google announced that the mobile-first index was finally "rolling out." Since the index has been in testing for many months, and Google has suggested they are migrating sites gradually.

Snippet Length Drop  —  May 13
After testing longer display snippets of up to 300+ characters for a few months, Google rolled back most snippets to the former limit (about 150-160 characters).

Video Carousels  —  June 14
Google moved videos from organic-like results with thumbnails into a dedicated video carousel, causing a shake-up in results that were previously tracked as organic.

"Medic" Core Update  —  August 1
This update seemed to disproportionately affect sites in the health and wellness vertical, although large-scale impact was seen in all verticals.